The US Army has significantly initiated the modernization of it’s convenientional  capabilities in the wake of 2014 Annex of Crimea, 2014 war in Eastern Ukraine and more recently the Battle of Khasham in 2018. Conventional threats from State actors and proxy forces have emerged significantly over the past 10 years. The Army modernization initiative includes the upgrading of existing platforms as well as the introduction of new platforms. The initial modernization focuses on mechanized forces and motorized infantry. Later developments such as the Future Vertical Lift and Future Armed reconnaissance Aircraft will become operational in the 2030s.

The initial upgrades of the US Army’s mechanized forces include improving the lethality and survivability of the M1A2 Abrams and the new Future Ground Combat Vehicle program. The M1A2 upgrades include Sep V3 which adds several new improvements among them the Joint Tactical Radio system to improve network ability, improvements on power  distribution and management, and an ammunition data link to assist in employing next generation rounds including the Advanced Multi Purpose Rounds. In addition to Sep V3 Raytheon Quick Kill APS allows the M1A2 and older M1A1 intercept incoming rockets and missiles such as the RPG-7 and Kornet. These upgrades provide the M1A2 Abrams tanks the ability to defend itself from threats and engage threats at long ranges with better situational awareness. 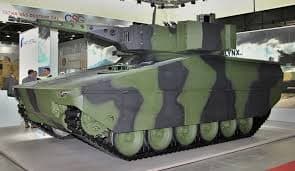 The Next Generation Combat Vehicle  (NGCV) is designed to replace the M2 Bradley series. The contenders are the BAE Systems CV90 MKVI, General Dynamics Land Systems Griffin III and Raytheon Lynx. The Griffin III has a 50 mm cannon that can be elevated to 85 degrees and integrated active protection, the CV90MKVI is a proven design based on the CV90 of the 1990s incorporating the latest technologies including active protection and reduced heat signature. The Lynx by Raytheon and Reihmetial includes the AMAP-ADS active protection system capable of defeating shaped charge warheads. All three of these vehicles incorporate heat defeating designs to circumvent detection from Infrared sensors. The chosen design will start replacing the M2 Bradley in 2023.

The  General Dynamics Land Systems Stryker continues to be the backbone of the US Army’s motorized infantry force. The initial Stryker force introduced in the 2000s incorporated 12.7 mm 50 cal machine guns and 40mm MK19 Grenade launchers. The Stryker MGS has a 30mm cannon capable of engaging armoured targets, aircraft and structures. This improves the Strykers ability to survive on the conventional battlefield by adding fire power and range. The Stryker SHORAD can employ the AIM-9X Sidewinder surface to air missile and AGM-114 Hellfire anti tank missile improving the Stryker brigades ability to operate in contested environments against aircraft such as UAVs and Helciopers while also being able to engage armoured threats at long range. 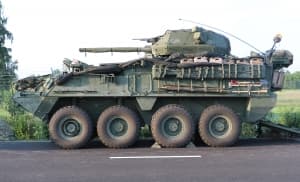 The US Army  will continue to operate the AH-64E Apache Guardian, UH-60M Blackhawk and CH-47F Chinook platforms. These current aircraft have been upgraded with improved engines and fully digital avionics sweets to enhance reliability. The MQ-1C Grey Eagle UCAV provides a unmanned scout attack capability and provides helicopters with a pointman to counter the threats posed by air defenses such as the Pantsir and BUK. The Future Vertical Lift and Future Armed Reconnaissance Aircraft will not become operational until the 2030s making the current helicopter fleets readiness and reliability critical. 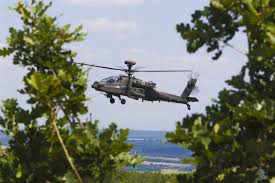 The current environments where conventional engagements are most likely to take place include Syria where the Battle of Khasham took place, Eastern Europe and the Korean Peninsula. In addition as tensions in the Pacific increase , enhancing maritime capabilities will continue to become more important. The current modernization of the Army will allow US ground forces to keep up with the developing threats posed by US advisories.