The F-4 was one of the most widely exported fighters in the 1960s through the 80s being sold to both NATO and non-NATO countries. The F-4 primarily serves as a fighter-bomber being able to deploy 15,983lbs of weapons. These include unguided bombs, laser guided AGM-65 Maverick Missiles and more recently the Qader anti ship missile which has a range of 120 miles and 200km. Currently The F-4 is operated by Iran, Turkey, South Korea and Japan. Iran’s Air Force is the only Air Force that has equipped the F-4 for the anti ship role. 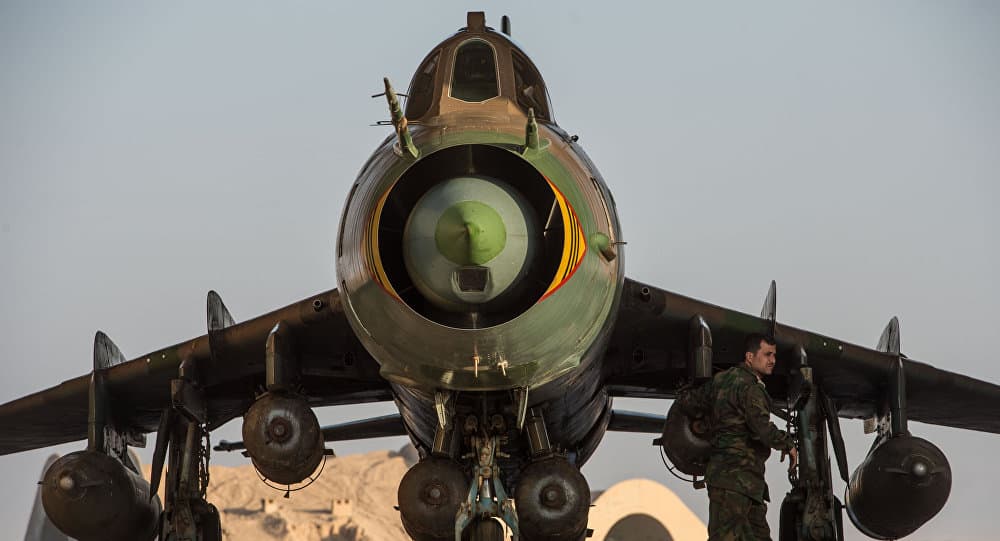 The Su-22 Fitter was originally built for the Soviet Air Force as a fighter-bomber, with the primary mission of conducting ground attack yet retaining the ability to engage aircraft. The Su-22 can carry 8,800 lbs. of ordnance. These include the Kh-25 and 29 air to ground missiles along with the Kh-27 and 28 anti radar missiles. The Su-22s can also deploy unguided rockets and bombs. The Su-22 is primarily used by the Syrian Air Force along with Angola, Libya Peru, and Poland. The Islamic Revolutionary Guard Corps Aerospace Force have also recently put a number of Su-22s into service that originally flew over from Iraq during the 1991 Gulf War. According to official sources these have been modified to deploy the Qadar Anti Ship missile. The Su-22s lack of energy makes the aircraft a easier match for more modern fighters but its low cost along with its ability to deploy a diverse array of air to surface weapons make it a prime choice for Air Arms that cannot afford large numbers modern combat aircraft.

The Mig-21 was the primary Soviet Fighter of the 1960s and early 70s before being replaced by the Mig-23. Despite the aircrafts age it remains a common ground attack aircraft for countries that want a large number of affordable aircraft. The Chinese Built F-7E derivative is also widely exported. The Syrian Air Force, North Korean Air Force both operates Mig-21s in the ground attack role. They primary use the KAB series unguided bombs, rockets and the Kh-25 laser guided air to ground missile. The Chinese built F-7 uses unguided rockets and bombs and is flown in small numbers by Iran’s Air Force. India also uses the Mig-21 Bison which uses the Israeli built El/L-222 ECM pod and the Python Missile. These Mig-21s are being phased out by the Hal Tajas.