South Korea has undertaken a substantive military modernization program over the course of the last decade. This has been driven by the ongoing threat of conflict with North Korea, who has a comparatively larger military with few modern weapon systems at their disposal. Although the South Korean military’s dominance at sea and in the air is almost assured in the event of war, the main battlefields of a renewed Korean Conflict will be in the hills and on the streets of the Korean Peninsula. The South Korean Army has developed and bought several modern weapon systems because of this. With their main intention being the development of their Mechanized, Motorized, and Army aviation forces in response to this threat.

The most recent addition to the South Korea’s mechanized forces is the K2 Black Panther. The K2 is designed around the utilization of the newest battle management, navigation, weapon, and armor systems. However; there is no publicly available information to indicate how well the platform will perform in a modern warfighting environment at this time. This is not unusual compared to other armored vehicles developed so far this decade. Furthermore, the K2 has only been developed in small numbers. Potentially limiting its impact during a sustained ground war. In the short term we should expect the K2 to fill a supplemental role within armored formations. It is also possible for us to see K2s utilized as company level command tanks in the short term as well, primarily due to their advanced C4I and GPS systems. In the near term, the K2 should be expected to replace the country’s aging inventory of M48 tanks. Furthermore; there is a strong possibility that technology developed for the K2 will makes its way into future variants of the K1, assuming the South Korea follows global weapons development trends.

South Korea has also worked to modernize its mechanized infantry capabilities as well, with the main product of this push being the K21. The K21 utilizes an array of modern systems to give itself an edge on the battlefield in a similar manner to the K2. The most notable of which is the vehicles onboard weapon systems, which includes a 40mm auto-cannon and ATGM mounts. This is a major upgrade over its predecessor, the K200, which carried substantially less firepower. The K21 is gradually being fielded in greater numbers. However; the K200 is still the most widely used platform by the Army’s mechanized infantry. 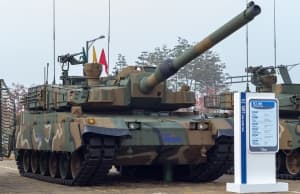 South Korea’s motorized infantry capabilities have seen the greatest improvement over the last few years due to the introduction of the K806 and K808. Previously available motorized platforms, such as the KM900, were not available in sufficient numbers to adequately equip the country’s infantry forces. These platforms initially entered service in 2017, with the South Korean Army expected to field 600 by 2023. It is important to note the differences in each vehicles mission profiles. The K806 is intended to be used for rear guard patrol and security missions. This is an important capability for the South Korean Army due to the likelihood that North Korea will use its tunnel network to launch attacks on critical military targets in rear areas during a time of war. The K808 on the other hand fills a role similar to a Stryker ICV, with its main missions being rapid troop deployment and reconnaissance in frontline areas. 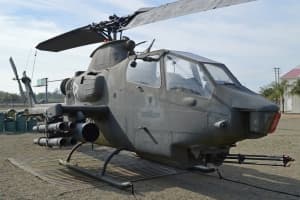 The South Korean Army also has worked to modernize some of their aviation units. This primarily has been accomplished through the purchase of 36 AH-64E Apache attack helicopters from the US. These were initially delivered in 2016. Pilots and maintenance crews were trained throughout 2017 and reached full operational status earlier this year. Only two aviation battalions are equipped with AH-64’s at this time. For the time being the AH-1F/S remains the main attack helicopter in service to the South Korean Army.